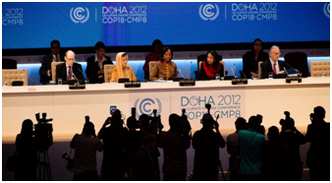 Did you say COP?

You have heard of the Kyoto Protocol, conferences in Copenhagen and Doha ... Maybe you have heard the word "COP" once in a while. What is it all about?
In 1992, during the Rio Earth Summit, the United Nations Framework Convention on Climate Change (UNFCCC) was established. In international law, a convention is like a contract between "parties" (states), which sets a number of rules and objectives. One of the rules was the decision to organize international conferences every year gathering all parties (currently, 196 states) in order to talk about climate change. These conferences are called Conferences of Parties (or COPs). Since the establishment of COPs, all parties have met annually to negotiate the reduction of GHG gas levels in the atmosphere. Representatives of non-state actors in society (governmental and non-governmental organizations, local authorities, trade unions, business, scientific, youth) are also invited to participate in these international conferences.
Photograph: COP18 / CMP8 in Doha (Qatar) (©LWF Youth) 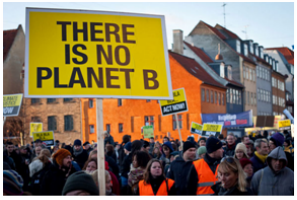 All you should know about the COPs in 50 seconds!
Photograph: Mobilization for COP15 / CMP5 in Copenhagen (©Mathias Vejerslev)